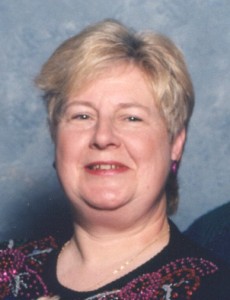 I saw my first Wheaten 15 years ago at the DKC Dog Show at Cobo Hall and fell in love with the breed. My husband, Brian, told me that we couldn’t have a dog because we were both working. But, breeder, Karen Mueller, explained that she had three children, dogs, a husband, and they both worked. Then Brian had no excuse.

We got on Karen’s waiting list and six months later got our first Wheaten, Rosie who became Ch. Kaler Just a Wild Irish Rose. We thought getting a show dog might be fun. Brian never had a dog as a kid, but Rosie quickly became Brian’s dog. She knew he was in charge, then came her, then me. Later, when Rosie had puppies we kept her son, Alex (Ch. Kaler Al E. Oop). They are both gone now and we are owned by Rosie’s granddaughter, Bungee (Ch. Kaler Tie Me Down), and Bungee’s son, Ziggy (Ch. Kaler Kick It Up a Notch).

We measure time at our house as before and after Wheatens. Things have never been quite the same around here. We can’t imagine life without them and we can’t imagine having any other breed. Through our Wheatens, we have met many, many nice people and made some wonderful friendships.

We joined the Motor City Club in 1988. I have served on the board for the past 8 1/2 years as Corresponding Secretary, Boutique Chairperson, at-large board member and now as Recording Secretary. I have chaired our annual Club picnic for the past 9 years. I am also a member of the Soft Coated Wheaten Terrier Club of America.

Click Here to visit our online store with many Wheaten artifacts, gifts and Wheaten necessities!